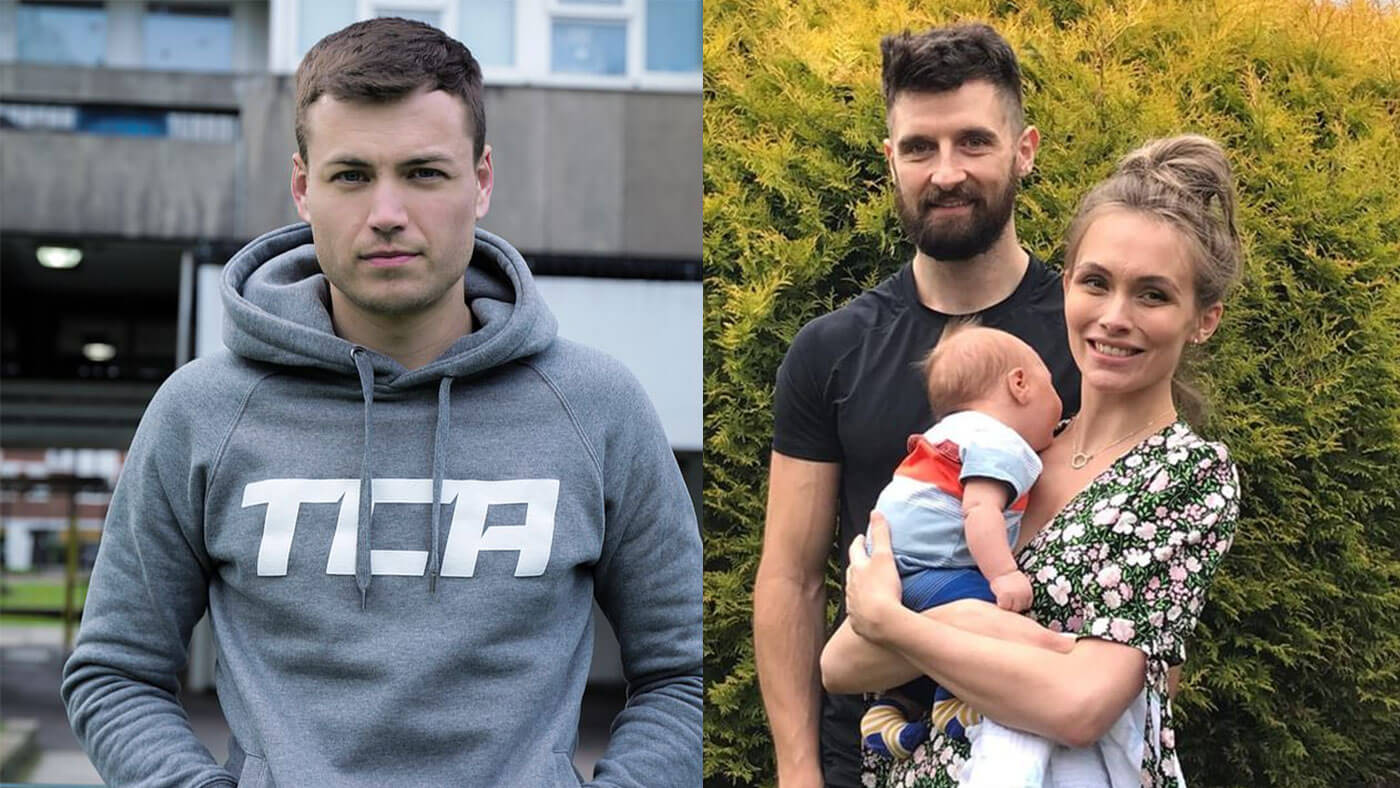 Sold to SellerX who integrated the TCA team

“We had conversations with other buyers, but I’m very confident in saying that the process with SellerX was the smoothest, most enjoyable sales process that I could have expected.”

In 2012, Frankie started his business with £100 and a humble goal in mind. He took his capital and began selling snoods (neck warmers) on Amazon. His humble goal? Make £300 to buy a new phone. When he reached that target, Frankie decided to reinvest the £300 to make £600, and so on. He was only 22 at the time. Working from his bedroom at his mother’s house. Noticing a rising trend in compression sportswear, Frankie ditched the snoods to set about manufacturing base layers to create his own brand: Thorogood Competitive Apparel (TCA). Later in 2015, he opted to expand the business beyond compression gear to include different types of sportswear, expecting market saturation for compression apparel.

He went to China, where he meticulously made every material and manufacturing decision, determined to create best-in-class apparel. The hard work paid off as TCA’s sales grew exponentially and was touted as a favourite among professional athletes, like Isaac Chamberlain. In 2017, ex-Amazonian Kris Linton joined the team as COO. He took his Amazon learnings & applied them to TCA, optimising all operations & opening TCA up to new marketplaces. The company was acquired by SellerX in May 2021.

Frankie: With TCA, I was 100% all-in for close to ten years. If I wanted to pursue any of my other passions, interests, and business ideas, I couldn’t because I’m all or nothing. I did not wear any clothes other than TCA for ten years. TCA was my whole identity. It became clear to me that I needed to try to feed some other parts of my soul. It was a good time to sell the business because it’s on the right trajectory. I think we timed it perfectly, right at the point where I was starting to realise, “Maybe it’s time to move on, open up the process.”

How did you come across SellerX?

Frankie: When we decided to sell, we had a list of people to reach out to. SellerX was on the list. Then, I went to a friend’s party and started chatting to this guy that I hadn’t met before. I told him I run a sportswear brand and we sell on Amazon. He said, “Oh, a friend of mine is head of investments at this company that’s buying Amazon businesses.” It turned out to be SellerX. I thought, “Oh wow, SellerX. Yeah, we need to speak to them… so we reached out and that’s how we got the ball rolling.

How did you find the selling process?

Frankie: It was amazing. I loved it. We had conversations with other buyers, but I’m very confident in saying that the process with SellerX was the smoothest, most enjoyable sales process that I could have expected. The best part was receiving the LOIs because then it becomes real.

Kris: It was great. We got quite a lot of respect. SellerX knew that I’d been in Amazon and that Frankie had been running a business for ten years. I was expecting someone to be nit-picking at what I was saying and trying to catch me out so that they would get a better deal. It was not like that in the slightest. People just listened to us.

How has your life changed since selling?

Frankie: You’ve got to learn to appreciate your successes. Kris and I are the same, we’re always onto the next thing. In recent months, I’ve caught up with lots of people that I hadn’t seen for a long time. And they’re like, “Wow, you sold the company? How amazing.” And it’s nice to be reminded of that achievement from other people. Because you’re like, “You know what? Actually, it was a big achievement. And we did do something great together as a team.” I don’t want to just forget about that and move onto the next thing straight away, I want to absorb some of the enjoyment of that and not just immediately start the next one and worry about all those new problems.

Frankie: Right now, I’m working on new creative projects. I love being creative, but I like to turn my creativity into businesses that have scale. That’s what I find I enjoy doing. I’ve started doing some writing as well, but I’m not happy to just write stories for my own sake; I want to publish them and build them into businesses. Lots of people sell their business and think that they’ll be happy doing nothing. Oh my god, couldn’t be more wrong! You need to work. When you love it, you’ll never stop. Kris: As part of our deal myself & the TCA team have come onboard with SellerX and have now integrated fully. Since we were acquired, we have been able to do so much that we just didn’t have the resources for. We have become a huge seller on Amazon marketplaces we barely touched, we have partnered with Decathlon, we are in the middle of launching our EU website and we are about to launch on Zalando. This was just in the first six months.

Frankie: I would, yeah. We had some less experienced companies interested in buying us. I just felt they didn’t have anywhere near the same sophistication as SellerX and, therefore, the chance of the deal faltering and failing were much higher. I trusted SellerX. They had the right attitude and wanted to get a deal done.

Kris: I would recommend them because they tailored the deal for us. Other companies might have wanted to bring us into their big machine. We knew all along that that was never going to work for TCA. SellerX were very happy to have us on board. So that was definitely one of the key things in choosing SellerX. 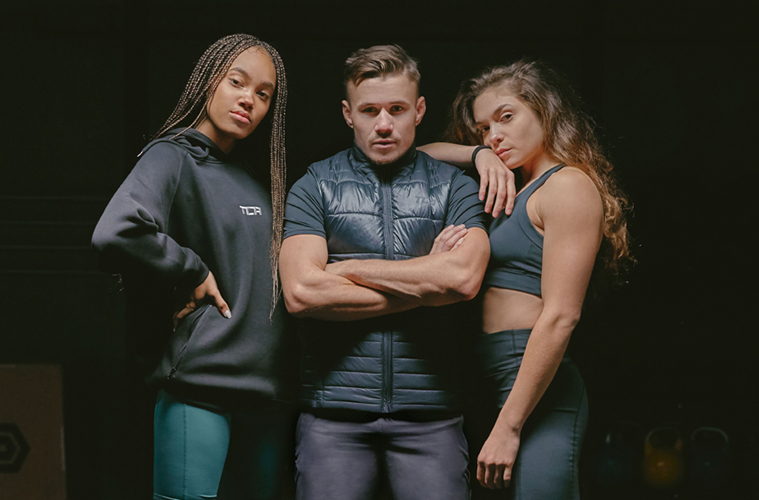 Frankie: I was working in my bedroom at my mum’s house. Just desperate to get going in business and try and find what was going to work for me. I noticed all the footballers wearing compression wear for the first time. And I was like, “Wow, what is that? I’m going to look into it.” So that’s how I got the heads up on compression wear. I became probably the third or fourth compression sportswear brand in the whole of the UK. Some of those products that I first launched, the long-sleeved compression tops, they’re still in our top five today. It was an accident that I ended up selling on Amazon. Amazon Marketplace barely existed in 2012, and it certainly wasn’t for sportswear. I was talking to brick and mortar shops, initially. Then someone mentioned that Amazon was doing marketplace now. That’s the vehicle I chose.

Frankie: My job at the start was completely different to my job when we sold. At the start, I was doing everything to do with the products, the listings, everything.  I was designing the products, developing them, taking care of operations, shipping documents, Amazon listings, customer service, packing things up myself, going to the Post Office, and so on and so on.

By the end, my typical workday was really thinking about what needed to happen. What’s the big picture of the company? What’s the strategic stuff that we should focus on? My job was to figure out what needed to be done to grow then start implementing decisions via hiring the right people and setting the right goals for those people. Which is completely different to the beginning of the business, where the most important thing for me to do was answer my customers before 24-hour SLA and run to the Post Office.

When did Kris come on board, and what impact did that have on the business?

Frankie: As a leader, you have to understand what your limitations are, as well as what your strengths are. Over time, you slowly start to move your focus, energy, and time to what you’re best at. You have to find people to do the things you’re not good at. For me it was a struggle to let go of things and to trust someone. When I interviewed Kris, it was the only time in my life where I said at the end of the interview, “You need to work here. You have to work here.” I just knew he was the right match. His skills and his strengths perfectly contrast with mine. It’s a perfect match. In terms of the soft skills, we really match up and we’re aligned. Just things like work ethic, attention to detail, these types of things we share, which is important.

What were your biggest challenges as an Amazon FBA seller?

Frankie: I think that one of the biggest things was the changing world of Amazon Marketplace. We’re like veterans, we’ve been there since 2012. In 2015, 2016, the whole world started to sell on Amazon. We were so engrossed in what we were doing I don’t think we noticed how everything was changing around us quite so much. One of the challenges was to start to go back to square one and to say, “What are we doing now that’s always worked for us in the past, but actually it might not be best practice anymore?”

PPC, for example, we never touched PPC, really. We never needed it. And that turned out to be one of the biggest opportunities we’d been missing. We did a lot of work around Pan EU FBA. We had set up for Seller Fulfilled Prime in the UK as a full FBA stock holding was becoming a little bit more difficult.

ES
ES EN DE CN IT FR
We use cookies on our website to give you the most relevant experience by remembering your preferences and repeat visits. By clicking “Accept”, you consent to the use of ALL the cookies. However you may visit Cookie Settings to provide a controlled consent.
Cookie settingsACCEPT
Manage consent

This website uses cookies to improve your experience while you navigate through the website. Out of these cookies, the cookies that are categorized as necessary are stored on your browser as they are essential for the working of basic functionalities of the website. We also use third-party cookies that help us analyze and understand how you use this website. These cookies will be stored in your browser only with your consent. You also have the option to opt-out of these cookies. But opting out of some of these cookies may have an effect on your browsing experience.
Necesario Siempre habilitado
Las cookies necesarias son absolutamente esenciales para que el sitio web funcione correctamente. Estas cookies garantizan funcionalidades básicas y características de seguridad del sitio web, de forma anónima.
Functional
Functional cookies help to perform certain functionalities like sharing the content of the website on social media platforms, collect feedbacks, and other third-party features.
Performance
Performance cookies are used to understand and analyze the key performance indexes of the website which helps in delivering a better user experience for the visitors.
Analytics
Analytical cookies are used to understand how visitors interact with the website. These cookies help provide information on metrics the number of visitors, bounce rate, traffic source, etc.
Advertisement
Advertisement cookies are used to provide visitors with relevant ads and marketing campaigns. These cookies track visitors across websites and collect information to provide customized ads.
Others
Other uncategorized cookies are those that are being analyzed and have not been classified into a category as yet.
Guardar y aceptar
<script