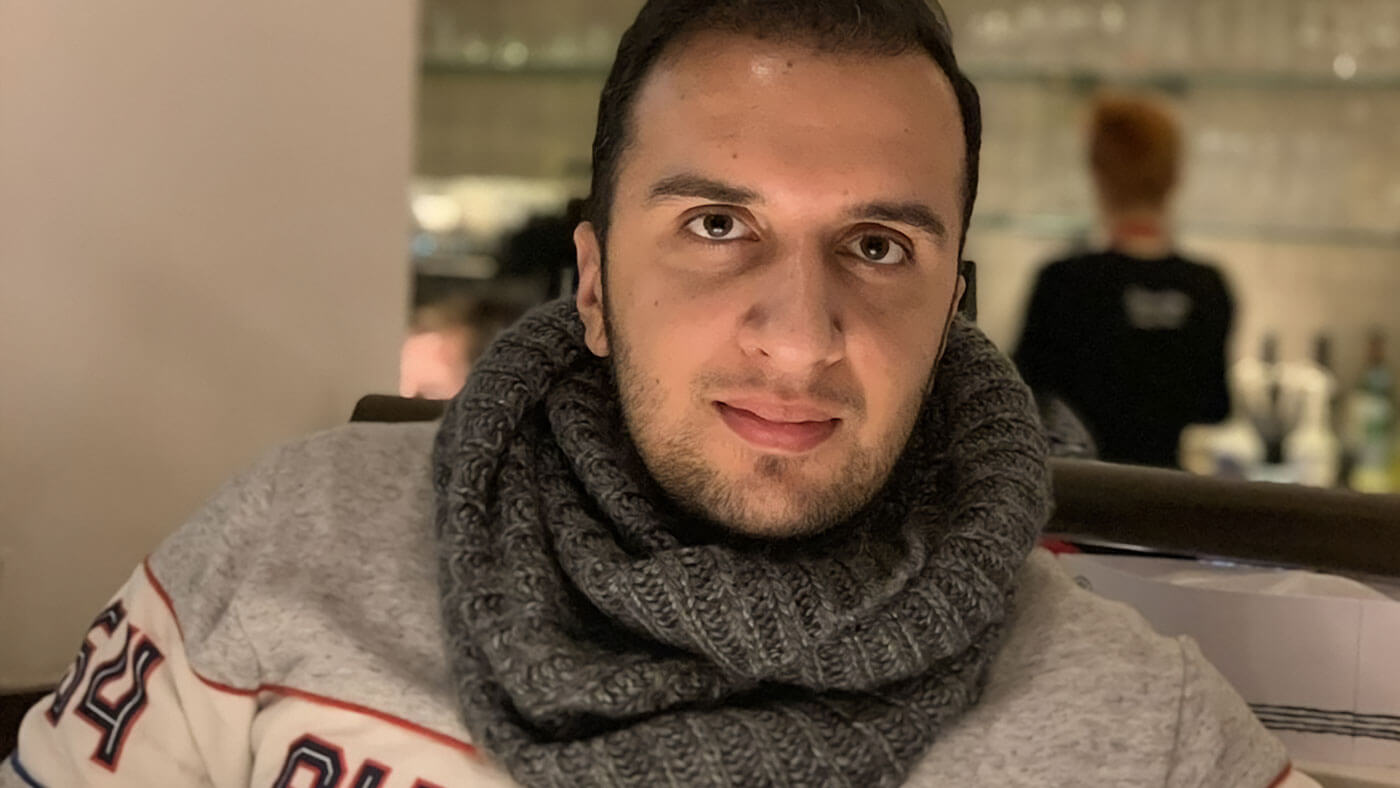 Founded by Mansour in the UK

“The communication with SellerX was great. It was a really open and honest deal, and I never once felt like I was left in the dark. I know I chose the right aggregator.”

Mansour springboarded his way onto the e-commerce game fresh out of university in 2009. His journey began by buying stock from local warehouses in London and selling online. In the latter part of 2018, he ditched hundreds of products in favour of private labelling— a promising niche, Castor Wheels, under his brand GBL. A couple of years later, he had a massively successful FBA business, turning over £1M in net profit annually. The castor wheels were top sellers in the UK, Europe and Canada with thousands of five-star reviews and profits were increasing exponentially each month. Mansour sold GBL to SellerX in December 2020. Since then, the brand continues to thrive and has even expanded its trades to the US market.

Brexit had a huge impact on me. I was doing everything myself, and prior to Brexit, it was going smoothly. I was selling in Canada. I had a custom clearance agent, and 3PL there. They were handling the whole Canada side of things. I had a very good 3PL in the UK, which I’d been using for ten years. They would also handle custom clearance and everything. I used to just import the containers to the UK, ship it to the Amazon UK fulfillment center and then Amazon handled the Europe side of distribution. All very easy. No stress, no headache. Brexit changed all that. It became a huge nightmare to get products from the UK to Europe, even from China to Europe. There were different sorts of challenges with import duties within Europe, huge delays getting stock from UK to EU due to logistic chaos right after Brexit. COVID-19 had also impacted freight rates and production time from china; all these were becoming quite difficult to handle all by myself

Why did you decide to sell to SellerX over other Amazon aggregators?

In early 2020, I listed GBL on Empire Flippers and they gave me a valuation. My business was growing month-on-month, so I decided it would be wrong to sell it yet. Six months later, I approached a broker in the UK, they contacted a lot of aggregators and a lot of them put in an offer. There was an angel investor from Scotland interested too, and I actually accepted his offer. Later, my broker told me there was a mistake in the valuation, and it was considered to be worth over half a million Pounds more, which was huge. So I decided not to sell because Boris Johnson announced another lockdown on the same day. I thought if I sell it now, what am I going to do for the next two, three months in lockdown? I’ll just get bored, so might as well hold on to it for another few months. Philipp (Triebel, SellerX Co-Founder and CEO) kept in contact and emailed me on and off after that. He was interested in buying the business and showed a really genuine interest in my company and the products. I told him I wasn’t ready to sell yet because I wanted to launch in the US. I did a lot of research on what the multiples were for my company. I was confident in what would be a fair price for what I had. A month or so later, I told Philipp the price. He said, “we’ll buy it.” So, I sold to SellerX, even though I was not mentally prepared to sell, but because the offer was fair. The challenges with Brexit were becoming stressful for me too. I didn’t go to any other aggregators then because I put my price on the table and SellerX accepted it. I spoke with other members of the team and they explained how they’d been able to scale the brand. I felt SellerX were the right people to sell to and there was no point talking to anyone else.

What was your favourite part of the selling process?

The communication, to be honest. Philipp (SellerX Co-Founder), and the legal team were always in touch, updating me with what was going on. I never felt I was being left in the dark. There was constant communication. If I had any concerns, someone was reachable to advise me on what to do and how to do it. Never at any point have I thought I chose the wrong aggregator. Phillipp has been really, really helpful.

How has your life changed since selling?

The first thing is the stress that I was experiencing in the three to six months before selling. All that stress has gone. Now, I spend so much time with my family. We started traveling again, going on small trips here and there. I’m focusing on charity projects too and investing in real estate. I’m quite happy with how it’s turning out.

As an Amazon FBA seller, I always feared I could wake up one day with my account suspended and I would have nothing. My goal was always to flip my business at the right time and invest in real estate, which brings a passive income. This is what I’m doing right now. I’ll probably come back to the e-commerce space later, but I don’t want to rely entirely on Amazon. I’m also doing some charity work back in Pakistan and I want to do that on a much bigger scale.

In 2015, I had hundreds of products, but decided to get rid of them all just to concentrate on the castor wheels because I was very happy with them. There were hardly any negative reviews or returns. Then I got to know about private labelling. Before, I was selling everything generically. There was no branding or branded packaging. There was a lot of competition with the other products because they were not branded. Every other person was selling these items and there were price wars and things like that. So, I entirely changed the focus to private labelling and building a brand. That way, there are no price wars. You just work on building a brand and then sell according to what the brand is valued.

In 2018, I focused on rebranding the castor wheels under GBL, with proper packaging and everything. I improved the quality too by looking at the few negative reviews received, and improved the products through manufacturing. Then, I focused on the listing optimization. At that time, I had two or four castor wheel models, but gradually, I added new models and new sizes every few months.

In the UK, Europe. Later, I started selling in Canada too. I was preparing to scale to the US as well, but decided to sell the business before doing that. SellerX took over and brought the products to the US.

Before Brexit, maybe two hours a week because it was already, I would say, 90% automated. There wasn’t much I had to do. I spent most of my time with my family. I would manage the whole sourcing and logistics, the PPC, and just keep an eye on the day-to-day stuff, but it was all going very well and wasn’t too time-consuming.

The fear of having my account suspended was always on the back of my mind. But, the main concern for me became Brexit. It had a huge impact on me with the different import duties and delays. Something that used to take a week to arrive was taking months and then there were stocking issues. I didn’t have anyone specifically to help me with it. I didn’t have any professional advisers. My wife helped me make decisions. My parents helped me, but I didn’t have anyone professionally to help me with the financial or the administration side of things.

IT
IT EN DE CN FR ES
We use cookies on our website to give you the most relevant experience by remembering your preferences and repeat visits. By clicking “Accept”, you consent to the use of ALL the cookies. However you may visit Cookie Settings to provide a controlled consent.
Cookie settingsACCEPT
Manage consent

This website uses cookies to improve your experience while you navigate through the website. Out of these cookies, the cookies that are categorized as necessary are stored on your browser as they are essential for the working of basic functionalities of the website. We also use third-party cookies that help us analyze and understand how you use this website. These cookies will be stored in your browser only with your consent. You also have the option to opt-out of these cookies. But opting out of some of these cookies may have an effect on your browsing experience.
necessari Sempre abilitato
I cookie necessari sono assolutamente essenziali per il corretto funzionamento del sito web. Questi cookie garantiscono le funzionalità di base e le caratteristiche di sicurezza del sito Web, in modo anonimo.
Functional
Functional cookies help to perform certain functionalities like sharing the content of the website on social media platforms, collect feedbacks, and other third-party features.
Performance
Performance cookies are used to understand and analyze the key performance indexes of the website which helps in delivering a better user experience for the visitors.
Analytics
Analytical cookies are used to understand how visitors interact with the website. These cookies help provide information on metrics the number of visitors, bounce rate, traffic source, etc.
Advertisement
Advertisement cookies are used to provide visitors with relevant ads and marketing campaigns. These cookies track visitors across websites and collect information to provide customized ads.
Others
Other uncategorized cookies are those that are being analyzed and have not been classified into a category as yet.
Salva e accetta
<script