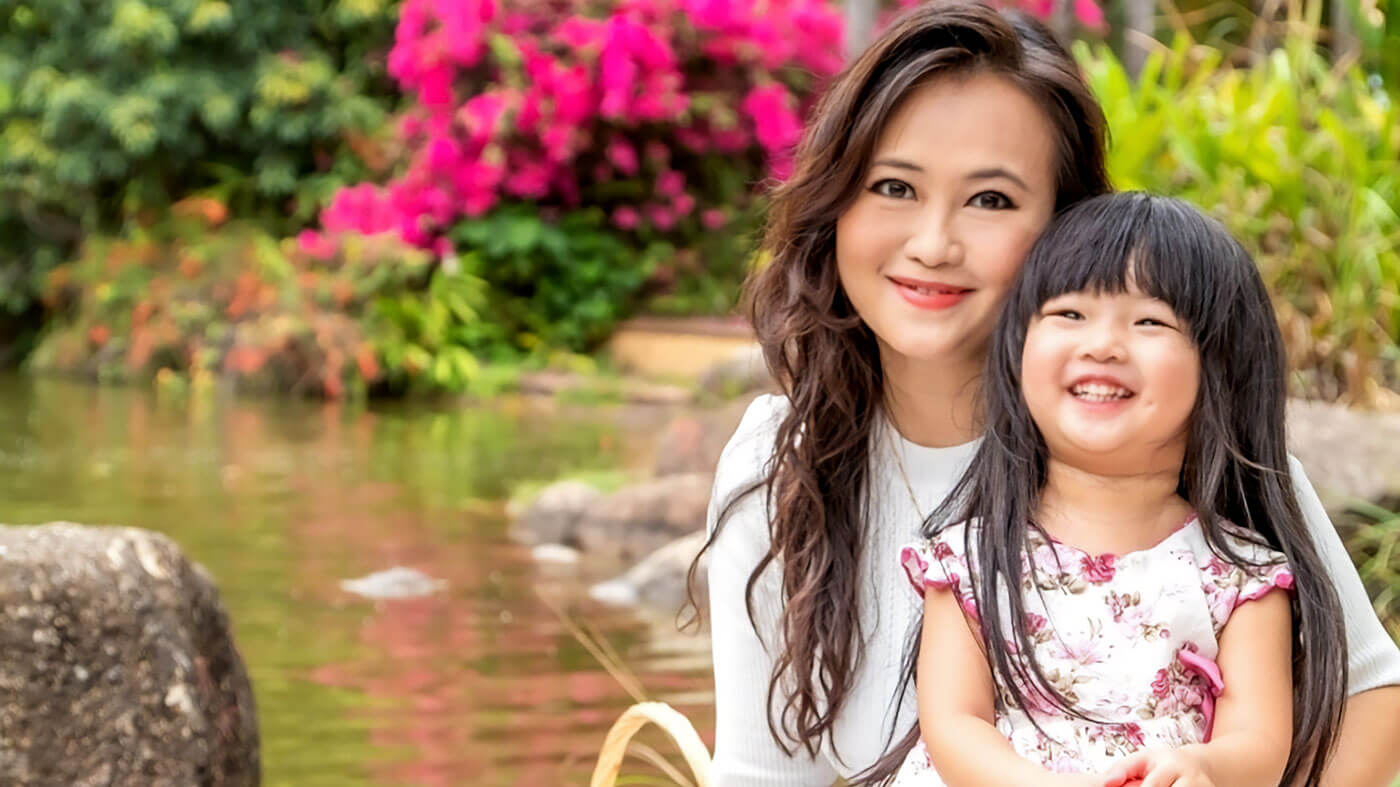 “This was my baby and it was getting too big to stay just with me so I wanted it to grow and find the best home. Out of all the aggregators, I chose SellerX because they were the most personable. They really listened and were friendly and open. I instinctively knew I could trust them and it was the right decision.”

A high-risk pregnancy in 2017 meant Shirley had to quit her corporate job and stay bed-bound. It was a blessing in disguise, as Shirley had always wanted to start her own business, and the crisis pregnancy gave her the push she needed to give up a stable job and finally take the leap to start an eCommerce venture that she could manage from the comfort of her own bed. Spending her days looking for baby products to prepare for the arrival of her baby, Shirley was dissatisfied with the design and quality of the products she could purchase in the market.

She realised she could do better herself. She designed and manufactured baby products that she knew new moms would need, that are of better design and quality than those available in the market. Her business baby grew simultaneously with her bump, and she gave birth to her baby girl Karin and her brand Bliss n’ Baby at the same time in early 2018. “I was on the phone to the supplier in the taxi to the hospital,” explained Shirley. “I was putting the final touches to my first inventory order while I was in active labour. It was crazy!”

Bliss n’ Baby is a store selling a handful of niche, bespoke baby products. Shirley patented her products and quickly became a top seller. She sold to SellerX in 2021 to concentrate on motherhood.

To be honest, I wasn’t particularly looking to sell. I just found out I could have the business valued. The only reason I did that was to think about how to fine-tune things in the coming years. I just wasn’t expecting the attractive valuation price. I had patents and IP protection for my products. It made the valuation higher. Since I was so busy as a new mom and my focus was elsewhere, selling to someone like SellerX who could take care of the brand and put time and resources into it, started to make a lot of sense. I had five products and there were some manufacturing and supply chain issues, making my working hours longer. So, I decided to focus on my daughter. I didn’t want to miss so many milestones of my baby, of my real baby.

Why did you decide to sell to SellerX among other Amazon aggregators?

Their approach was so human. I liked the insightful questions the investment team asked me. Rather than just drilling me about numbers and the hardware of the business, they tried to understand the soul of the business as well. I felt I could trust SellerX and really had the feeling they cared about my brand and wanted to bring it to another level. Other aggregators were very focused on Amazon and I wanted to expand my business outside of Amazon and into other countries. SellerX was the only one who had the same vision. Since Malte (SellerX co-founder) comes from an e-commerce background, not just from Amazon, that attracted me.

Additionally, SellerX gave me the most attractive earn-out and stability payment option.  As there was a competition and bidding war, some aggregators offered me higher than the original asking price, but a lower earn-out payment. I was very confident in my brand’s growth and it was on a very strong uptrend, so I had faith it would continue to grow.

What was your favorite part of the selling process?

I really liked that Malte and Philipp (SellerX co-founders) made themselves available.  After we signed the contract, the due diligence process was done very swiftly. The SellerX team were always reachable. I could reach them anytime, basically.

I am planning to study for a Masters’ Degree in Digital Media in Canada. I’ve been wanting to go back to school for quite a long time, but never had the chance to do that. Selling the business to SellerX gives me the financial freedom and ability to do that now, which is great. I hope to learn something more from the course and become a better entrepreneur next time. 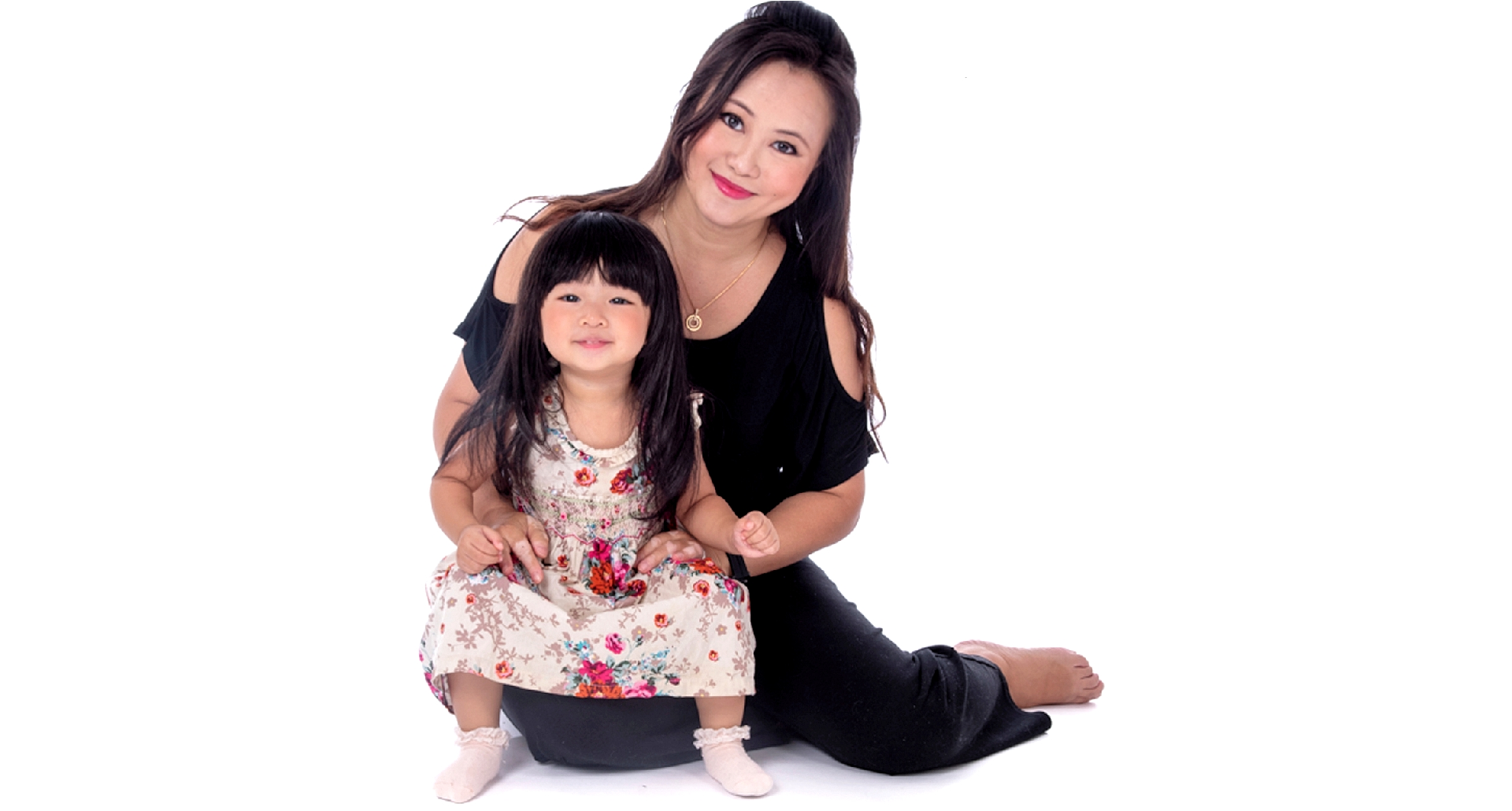 I was stuck at home and had to give up working in my corporate job due to the difficult pregnancy. I was overjoyed with the baby but also very worried at the same time as I lost a stable monthly income and needed to provide for the baby. In fact, I had always wanted to start my own business but lacked the courage to take the plunge and give up a good job to start from ground zero, and the fear of failure also kept me from taking real actions. The dream of being my own boss had remained a dream for quite a long time. But since I already quit my job, I had nothing to lose! The real necessity to make money to provide for my baby had overcome any fear of failure, and I became very determined to turn the difficulty I was going through into an opportunity to finally launch a business that would give me the geographical and time freedom I needed for care for my daughter, and had a somewhat passive business model that would bring me money even when I was sleeping or away from the business for days. After studying many different online business models, I decided that Amazon FBA was the way to go.

I studied design in the first half of my pregnancy online and I designed my own brand logo and products from scratch in the second half of my pregnancy. I was looking at a lot of baby stuff online to prepare for the arrival of my baby, and I spotted opportunities there as some of the niche products in the market were not of great quality and had unappealing designs. I needed those products for my daughter and decided that I would design the best ones for her. A head-shaping pillow was my first product. It’s a niche product where there was little competition but a rising trend. I needed one myself and noticed many parents needed that too but there wasn’t much online so I first focused on that. Later on, I found milestone blankets and thought they would be a lovely addition to my brand, so I created one under my brand too.

I just focused on the US market. Expanding to other markets would take more time, more resources. Also, because I was selling baby milestone blankets with days, weeks, months on them, they would have to be translated. It might be tricky to expand into the Japanese or European markets. I did think about the UK, Australian and Canadian though. That’s something I wanted to do, but didn’t have the time.

The most labour-intensive and time-consuming work was in the product research phase. Also the listing creation, listing optimization, image creation. I took the pictures myself using my friend’s baby as a model. I was doing everything by myself. I also had to do a lot of research to make sure I was launching things the right way. So, in the preparation to launch there were weeks where I spent 40 hours on the business. It was like a full-time job, basically. But after the launch, since things were going well, I didn’t have to work much. Then, I spent from two to 10 hours a week on it. Some weeks, when family life was demanding, I didn’t spend any time at all on my business, but that wasn’t typical.

There were a lot of legal issues as the milestone blanket became a top seller quickly. There were copycat products and malicious attacks, such as fake reviews posted by competitors. Also, my previous supplier was reopening packages and putting ink inside. I got a lot of complaints. I gave a lot of refunds. Of course, customers reported to Amazon that I was selling used products as new. All the pictures I received from customers had red ink, almost always, in the same place. My listing got suspended and it was very stressful. Looking back, there was a silver lining because I got a new, better supplier and came up with a good plan of action. That is when I got IP protection. I applied for design patents and copyrights for my products. Now, every time someone tries to copy Bliss n’ Baby products, they can be removed from Amazon in a few clicks.

FR
FR EN DE CN IT ES
We use cookies on our website to give you the most relevant experience by remembering your preferences and repeat visits. By clicking “Accept”, you consent to the use of ALL the cookies. However you may visit Cookie Settings to provide a controlled consent.
Cookie settingsACCEPT
Manage consent

This website uses cookies to improve your experience while you navigate through the website. Out of these cookies, the cookies that are categorized as necessary are stored on your browser as they are essential for the working of basic functionalities of the website. We also use third-party cookies that help us analyze and understand how you use this website. These cookies will be stored in your browser only with your consent. You also have the option to opt-out of these cookies. But opting out of some of these cookies may have an effect on your browsing experience.
Necessary Toujours activé
Necessary cookies are absolutely essential for the website to function properly. These cookies ensure basic functionalities and security features of the website, anonymously.
Functional
Functional cookies help to perform certain functionalities like sharing the content of the website on social media platforms, collect feedbacks, and other third-party features.
Performance
Performance cookies are used to understand and analyze the key performance indexes of the website which helps in delivering a better user experience for the visitors.
Analytics
Analytical cookies are used to understand how visitors interact with the website. These cookies help provide information on metrics the number of visitors, bounce rate, traffic source, etc.
Advertisement
Advertisement cookies are used to provide visitors with relevant ads and marketing campaigns. These cookies track visitors across websites and collect information to provide customized ads.
Others
Other uncategorized cookies are those that are being analyzed and have not been classified into a category as yet.
Enregistrer et accepter
<script